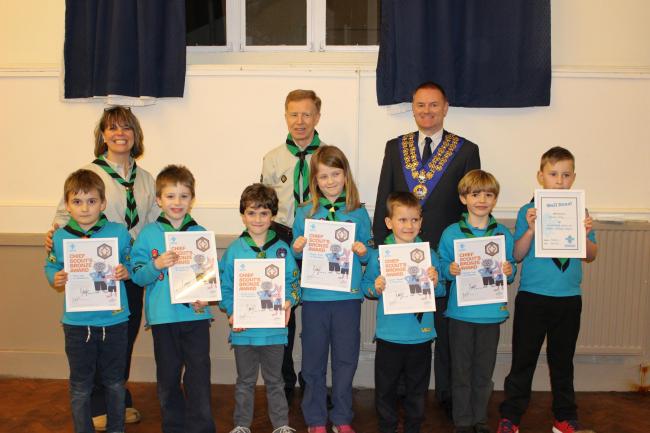 In January, 6 members from Monday Beavers were awarded their Bronze Chief Scout Award. Not only is this the highest award but the certificates were signed by the Chief Scout, Bear Grylls. Gynnette Granger Walsh, the Section Leader, was particularly proud because her son, Jack, was one of the recipients. Building on the earlier success, a further 6 members were awarded their Bronze Chief Scout Award in September.

Success at the District Marksman Competition